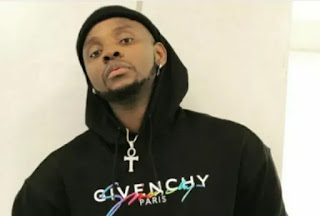 Kizz Daniel is now  in challenge with his fans on social medias over his new single “Pak N Go”. Following what a Twitter user perceived as foul language in the song.

With  the song  message preaches liberation from abuse and underappreciated lovers. People are calling out the FlyBoy INC. pilot for body and marriage shaming women in the song’s lyrics. 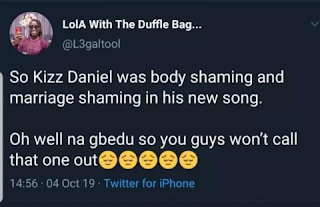 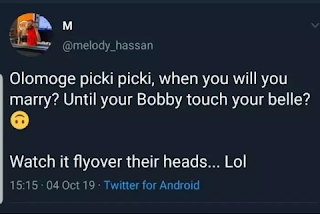 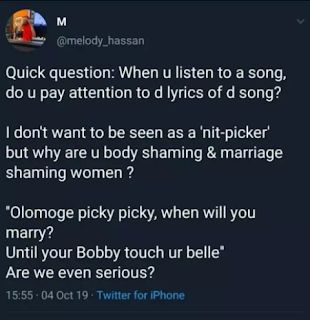