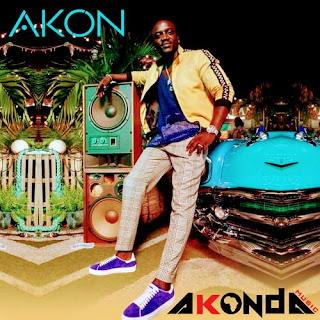 Akon  released  Album name Akonda on October 25, 2019 from
independent record label
Akonik Label Group , in association with
BMG Rights Management .
Akonda is an Afrobeats Album which features the most 4 talented African Afrobeats superstars: Olamide , Kizz Daniel, Skales
and Afro B . It was supported by the lead singles “Low Key” and “Wakonda “.
The album followed the release of his fourth album El Negreeto by three weeks.